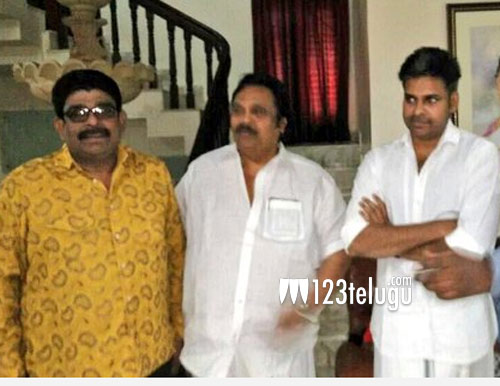 It is a known fact that Pawan Kalyan has agreed to do a film with Dasari Narayana Rao. But from the past few weeks nothing has been confirmed. But today Pawan surprised everyone when he met Dasari personally at his residence to wish him on his birthday. Seen here in the above picture is Pawan along with the veteran director posing for a picture. Also seen is director Raj Vannem Reddy who according to gossip circles might direct the Pawan Dasari film. An official confirmation is awaited.