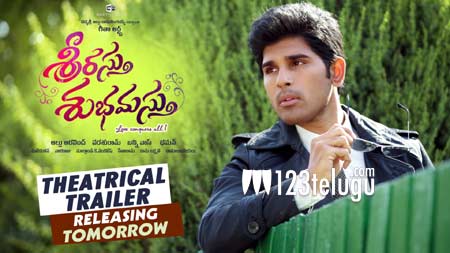 Director Parasuram said, “We have given utmost importance for family emotions and Allu Aravind hasn’t compromised on anything in making the film. The title itself indicates that our film is a pure family entertainer can be watched along with all family members. Everyone is saying that, audio is soothing with meaningful lyrics. Title song is traditional, Anu Anu is very close to youth and Desi Girl is used as caller tune. We are happy with the response for the audio.”

Producer Allu Aravind said, “Our film Srirasthu Shubhamasthu is in last leg of post production. It is a complete family entertainer coming under our production house. Thaman’s audio is definitely a big boon. I can say that, Bujji has made a good movie which is carrying positive buzz. All the artists have done fabulous job. Theatrical trailer of the movie will be released on July 26th.”