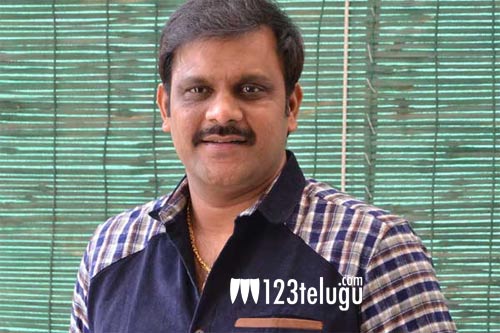 The big budget action entertainer, Saakshyam has hit the screens yesterday. On this occasion, we caught up with the film’s director Sriwas for a brief interview. Here is the chit-chat.

The response is superb as the audience are loving the mass fights and commercial aspects in a big way. The collections in the B and C centers are quite strong and the word of mouth is very good.

Why didn’t you make this film with stars?

All the stars come with a certain expectation and I didn’t want that. My aim was to project Srinivas in a never before seen avatar and he has done a wonderful job in the film and is no less than a star hero now with his amazing acting and dancing skills.

What made you choose Ananta Sreeram for a key role in the film?

The role of Valmiki was quite key and I wanted someone who is a writer by profession and is a fresh face. Anantha Sreeram was an obvious choice and he did a great job in his role.

What was the best compliment you received for this film?

After watching the film, the hero’s mom became quite emotional and showered me with praises. The entire family including Srinivas’s brother and dad were very happy to see their son perform in such a good manner.

I have a unique subject which does not have any fights or regular commercial elements. Once these promotions are over, I will sit on the subject and finalize it completely.