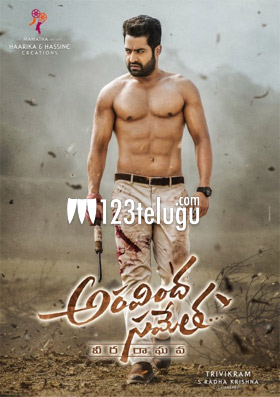 The teaser of Aravinda Sametha was well received by one and all for its superb thrills and NTR’s shirtless avatar. The news now reveals that these shirtless scenes of NTR will last close to 15 minutes in the film.

NTR will be showcased like never before in these scenes which will be electrifying and crucial to the film say the unit sources. Trivikram is attempting an action entertainer after a long time and there are some massive expectations on this project.