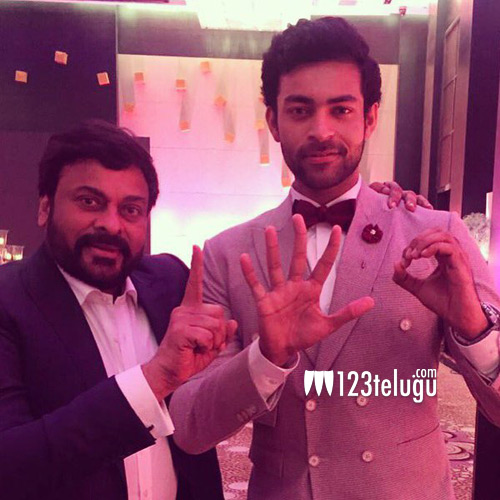 It is a known fact that mega star Chiranjeevi’s 150th film will be launched on the 29th of this month. There is a huge craze surrounding this film and young hero Varun Tej himself decided to showcase his enthusiasm with the man of the moment. Seen here in the above picture is Varun and mega star Chiranjeevi himself signalling the 150th film in style. Let’s hope that this film becomes a huge hit and brings back Chiru on top of his game.