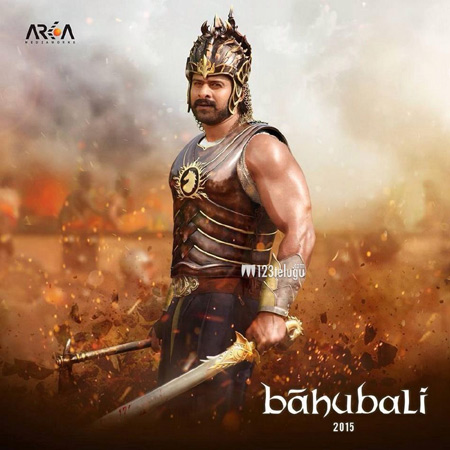 Hyderabad, Telangana – December 19, 2014 – “Baahubali’s” Rana Daggubati has confirmed his attendance at Comic Con, Mumbai on Dec. 21, the third day of the convention. He will participate in a panel discussion about “Baahubali”, alongside Sabu Cyril and Srinivas Mohan, the film’s production designer and VFX supervisor respectively.

As a preview to the panel discussion, an exclusive short video will take guests through the world of Baahubali. It has never-seen-before footage, giving Comic Con enthusiasts an exclusive insight into the production design and making of the film.

“Baahubali” is a period action drama being directed by ace director S. S. Rajamouli. The movie is being produced by Shobu Yarlagadda and Prasad Devineni of Arka Mediaworks. With a record breaking budget for an Indian film, the sheer extravagance, scale and depth of “Baahubali” will sweep the audiences of their feet. Rana Daggubati plays the role of the antagonist – Bhallaladeva, in Baahubali.

Sabu Cyril, one of the most recognized and sought after names in art direction in Indian Cinema, has received several National and industry awards for his work on films such as “Enthiran” (Robot), “Ashoka”, “Om Shanti Om” and “Ra.One”. He is the production designer for Baahubali and he has created some spectacular sets for the movie.

Srinivas Mohan, a three-time National award winning visual effects designer, is popular for his contribution to films like “Enthiran”, “Sivaji” and “Magic Magic”. He is the VFX Supervisor for the movie.

Together, Cyril and Mohan are well equipped to recreate the magic, splendour and scale of ancient India in “Baahubali”.

Currently, the team is in Bulgaria filming the final schedule with actors Prabhas and Tamannah Bhatia. Soon after wrapping up the shoot, Rajamouli and his team will be focusing on the editing and VFX work as well as other post-production processes.