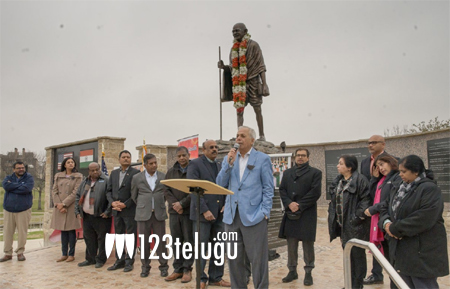 Mahatma Gandhi Memorial of North Texas Chairman Dr. Prasad Thotakura in his statement said that “February 14 was the darkest day in the Indian History. He condemned this barbaric cowardice act that killed innocent soldiers who dedicated their lives for the security of country. He expressed his deepest condolences to the bereaved families and prayed for speedy recovery of the injured.

Arun Agarwal, Indian American Friendship Council Advisory Board member along with Chairman Dr. Thotakura tweeted US Congress members and Senators about the incident. More than 50 policymakers responded instantly condemning this monstrous act and expressed their deepest sympathies to the families who lost their lives and stated that it is the time to fight against terrorism globally unitedly.