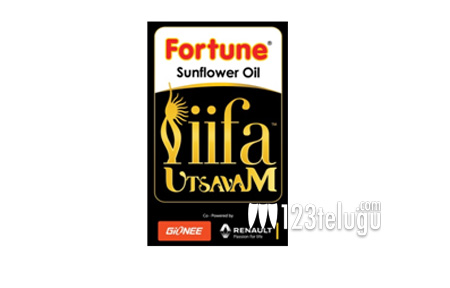 Kamal Hassan, K Chiranjeevi, AkkineniNagarjuna, DaggubatiVenkatesh, Pruthviraj and many more stars are all set to dazzle at the awards nights

For exclusive VIP Hospitality Packages, write to us at viphospitality@iifa.com

The biggest celebration of South Indian cinema, the Fortune Sunflower Oil IIFA UTSAVAM co-powered by GIONEE smartphone and Renault- Passion for Life will witness the coming together of the biggest superstars of the South Indian Film Industries on 4th, 5th and 6th December. IIFA Utsavam in Hyderabad will see star power like never before!

South Indian cinema fans and enthusiasts from around the world can expect to see their favorite film stars descend on Hyderabad during the weekend for the magnificent extravaganza envisioned to honor and showcase the best of South Indian cinema.

For the Telugu awards, film stars AlluSirish, Regina Cassandra andNavdeep will be donning the host’s hat and entertaining audiences while the Tamil Film Awards stage will be taken by superstar duo VenkatPrabhu and Shiva .Malyalam segment will see the dynamic stars Suraaj and Pearly Manney hosting the event, whereas Kannda Film Awards segment hosts will be Diganth&Vijay Raghavendra.

The list goes on to include a plethora of some of the biggest names also in attendance including KavyaMadhavan, Arun Vijay, Mamta Mohandas and Nikki Galrani.

The green carpet at IIFA Utsavam will be star -studded with such powerhouses of talent as SibiMalayil, Unni Krishnan, Vijay Babu, Pruthviraj, Ramesh Aravind, PuneetRajkumar, AindritaRai, ParulYadav and KritiKharbanda who are also set to grace the event.

Kamal Haasan commented“IIFA Utsavam is a wonderful initiative taken by the International Indian Film Academy to help build the outreach of film industries across India. Given the global acclaim of the IIFA platform I am confident that it will become an instant opportunity for greater recognition to South Indian film industries and our work. It is great to see an endeavour such as IIFA Utsavam to help give our cinema maximum exposure to audiences and media around the world. Having participated at previous IIFA Weekends, it is a truly impressive and world class brand to be associated with. So I am excited and look forward to the prospects of bringing IIFA to India with IIFA Utsavam and the anticipated scale, glamour and presentation that they will be creating in India at the event in Hyderabad”

Andre Timmins, Director, IIFA Utsavam said “IIFA Utsavam was envisioned to be a spectacular platform for the congregation and recognition of the best and brightest in the South Indian Film Industry. We are thrilled with the increasing growth and anticipation every day as it brings us nearer to the magic and magnitude of the IIFA Utsavam celebrations. This will be the beginning of a fantastic journey for growth of South Indian cinema globally.”

Audiences can watch the extravaganza live and rub shoulders with their favorite superstars! Tickets to the first edition of IIFA Utsavam are available online at

www.meraevents.com/iifautsavamor by phone at +91-78932 93143. For VIP packages, please write to us on viphospitality@iifa.com. Packages include seating in the nominee enclosure, invitations to walk the green carpet, invitations to the official IIFA Post Parties etc.

IIFA Utsavam awards presentation ceremony will take place at the Gachibowli Stadium in Hyderabad on 5th and 6th December. The dazzling Green carpet event will feature popular stars of films and music, bringing together the biggest talent from the South Indian industry. The tickets are available strictly on a first come-first served basis.

IIFA Utsavam has been conceptualized to bring South Indian Cinema to the world and will be a massive stride towards recognizing the increasing prominence of South Indian cinema.

An initiative by Wizcraft International Entertainment, IFA Utsavam aims to recognize and commend the best across the South Indian film industry with a voting process based on a peer-to-peer recognition, members of the music industry encompassing industry stalwarts, music directors, producers, lyricists, singers, technicians, composers and leaders in the music business vote for winners across all the categories. The votes are then tabulated by KPMG who are the process auditors for IIFA Utsavam, after which the winners are determined.