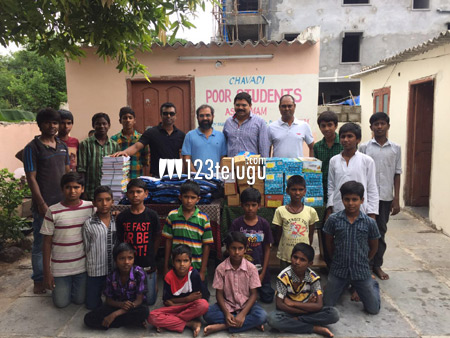 Being presented by TV 9, produced by Madhura Sreedhar Reddy Oka Manasu released on June 24 and received good response from the audience worldwide and running successfully. Critics prasied this movie saying that, it is one of the few rare films in Telugu with heart touching love story.

Costumes of hero and heroine used in this movie are auctioned through thegreatfan.com website has got good response. Money raised from this auction is spent for contributing books, cloths and shoes for poor students of Chavadi Ashramam in Gacchibowli by Oka Manasu movie crew.

Producer Madhura Sreedhar Reddy thanked the audience for making the movie huge success and felt very happy for being part of a social responsibility.