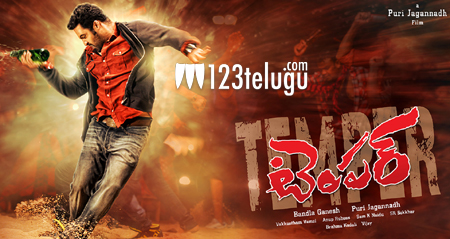 Temper starring NTR, Kajal directed by Puri Jagan released by Great India Films is running succesfully in USA.TEMPER has collected close to Million dollars in one week.TEMPER got great reviews for it’s tight screenplay, great performance by NTR, Posani and others.

TEMPER is screening in 70+ locations in week two and most of the locations has full shows due to still high demand.It is very impressive that TEMPER was able to collect close to million dollars inspite of several hurdles like sever snow storms. unavailability of additional screens in some locations due to other major hollywood releases.

TEMPER is still going strong and and we expect that it will RISE HIGH into the top 5 grosses in USA by the end of this week.We are also glad that we got calls from few communities with 15 to 20 families to screen TEMPER in their location. We were able to screen TEMPER in their location. We really appreciate these communities in their support to watch telugu movies on big screen instead of pirated copies online. If others want to avail this opportunity please contact great India Films.