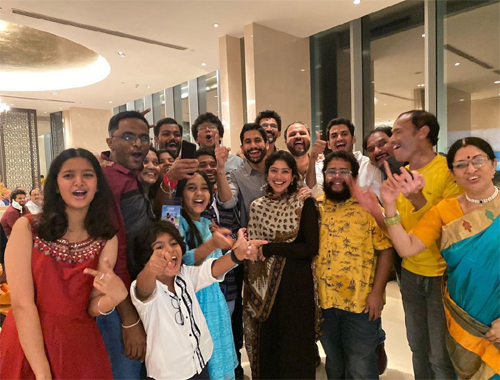 Here’s hero Naga Chaitanya posing with the members of his latest blockbuster, Love Story. Chay took to Instagram and shared this photograph and thanked the film’s team, saying, “Team #lovestory!! Thank you so much.. you guys have given me memories for a life time.” The picture was taken after Love Story’s success meet that was held a couple of days ago.

Love Story, also starring Sai Pallavi, released last Friday and turned out to be a huge money-spinner at the ticket windows across the twin Telugu states and the US. The Sekhar Kammula directorial has collected an approximate worldwide share of Rs 25 crore in 6 days. In the US, the film has entered the $1 million club, and has also become the highest grossing Telugu film of 2021 so far.